Out now and available from every digital orifice “Singles 1995- 1999” is a 17 track collection of all the Klute singles released on Certificate 18 between 1995 & 1999 – completely re-mastered from the original DAT masters by Tom Withers himself.

It is the story of an artist at his very beginning working closely with a label that shared a vision for a finite period before things imploded, a snapshot tracing the dots from the origins of Klute into the new millennium when drum & bass started to splinter off into smithereens. In his own words, Klute tells the tale…

Around Spring time 1993 I moved back to the UK after a 4 year hiatus in the USA, where I had attempted to solidify a band in California with the ex singer from Youth Brigade.
During my time away I transitioned my focus away from Punk and rock music into techno and hardcore rave / Jungle. I’d bought an Ensoniq EPS 16+ sampler workstation, an Atari 1040STe and immersed myself in the wonderfully adventurous world of sample culture. At that point nothing else mattered. I was so excited by everything i’d lay in bed unable to fall asleep, my head spinning with the mystery of it all. 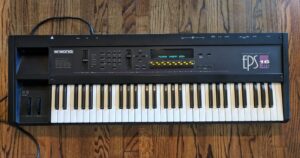 Although I now lived in London, my family still lived in Ipswich, the town in which I grew up and went to school in. When I came up to visit i noticed at least half a dozen record shops, two of which were of particular note. The legendary Redeye Records (yes THE Redeye) where Tom, Claude and Duncan “The Spirit” Busto all worked and literally across the street Phunkchunk, run by Simon Oram where Paul Arnold and very occasionally Rupert Parkes worked.
Ipswich is a very familiar place and everyone knows everyone else and to cut a longer story shorter Paul Arnold ran a small label called Certificate 18. Coming across like a used car salesman, Paul informed me that he happened to be releasing music by a couple of the best producers in the country, which of course I didn’t believe – (until i got home and listened to the records he gave me……….)
Studio Pressure and Sounds Of Life and he was extremely interested to hear that I was making my own beats.
Excited at the very prospect of actually releasing some Jungle on vinyl I was more than eager to get a cassette off to him.
At that point most of the tunes i’d been making weren’t really finished apart from one – which had started off, technically as a remix for a long unknown band called The Fuzz, except i didnt use any of their samples. Never hearing back from them I decided to send the tune instead to Paul and titled it “Survival”. Paul loved it and encouraged by his enthusiasm i went ahead and hammered out F.P.O.P. which was even better and bosh we had a single that Paul wanted to release.
Having toyed around with various names, such as Dr. Know and Supertouch, Paul asked me for a name I would use for him and thats when I decided on the name Klute, after the famous Alan Pakula film starring Jane Fonda & Donald Sutherland. I hadnt seen the film for over a decade at that point but felt it conveyed the dark but beautiful mood of the music I wanted to create.

A pivotal time for Certificate 18, my entry was somewhat serendipitous for Paul as his two main artists had already set up their own imprints and only had one or two more singles each before moving on.
To my surprise, people didn’t think F.P.O.P./Survival was shit and it sold 1500 copies. In turn that only encouraged more experimentation from me and I came up with 3 very different tracks for my 2nd EP, Right Or Wrong / Workout & Ram Raider. In those early days of finding my feet and my own voice, i was trying all kinds of ideas and styles, especially after a handful of visits to Ruperts basement in Christchurch Street in Ipswich – (where most of the good stuff was made) – seeing how he did things and progressing from a W30 to an S750 etc. He was generous with his knowledge and enthusiasm as you can tell by how much he taught his young proteges Source Direct. Rupert really was the best at his game and I always felt extremely fortunate to have witnessed some of those tunes getting made – in a dingy damp bedsit, chain smoking Bensons and drinking milky cups of tea.

The Right Or Wrong EP did even better than before and I started hearing it on the pirates and seeing it in the shops in London. I was a contender and things were starting to get serious.
With my second EP behind me I was begining to get a sense of my own sound and character and things were starting to solidify with Certificate 18 who were enjoying the sense of new found freedom developing an artist who was staying faithful to the imprint.
With our mutual backgrounds in Detroit Techno, Paul began to encourage me to reengage with those sounds and the result was 1996’s seminal Leo 9 track, a huge tribute to Carl Craig, Juan Atkins and Derrick May and really set the pace for what was to become the “Klute sound”. Delving back into those techno feelings prompted further experimentations at other tempos and as a result Paul and I started to discuss the idea of…….albums……..

The sense of excitement and exploration during this era was incredible. Drum and Bass was genuinely at the cutting edge of music and the techniques and technologies were developing at lightening speed. You couldnt skip a week without listening to Kiss, visiting a shop or the Blue Note for fear of missing out on something new and very important. On an almost weekly basis I’d reach Friday thinking id made something new and wicked, only to have my delusions smashed to smithereens by Grooverider in the dark basement of the Blue Note. 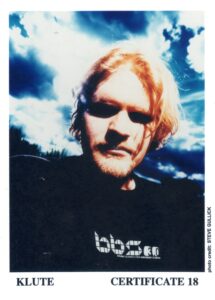 As much as I love the bottomless freedom of computers and plug in technology I really miss the limitations of making use of what you had. I started with my Ensoniq EPS16+, a Roland Juno 106 and an Atari running Cubase 2.0. Upgrading to an ASR10 that i traded for a TR-909. I eventually acquired a JV880 to get that important JV sound that peppers literally everything in the mid 90s.
Up until the advent of the EMU 4 sampler I think everyone had their own way of making music. People used what they could get or what their mate had and things were a mixed bag. A lot used Akai samplers, some Roland etc etc, but things started to become more defined as “standards” around the time the Emu samplers came in and I noticed more and more producers determined to “better” their studios and eventually what happened was standardisation but thats a discussion for another time.
By the end of the 90s i too had an Emu 4 and an Apple Mac.

Ive really enjoyed revisiting and remastering these tracks, having put off the task for many years, Ive always been an artist to look forward rather than look back – maybe thats why ive released 9 albums.
I’m immensely proud of all these singles. They capture the time and the place yet sound just as relevant to a new generation of listeners.