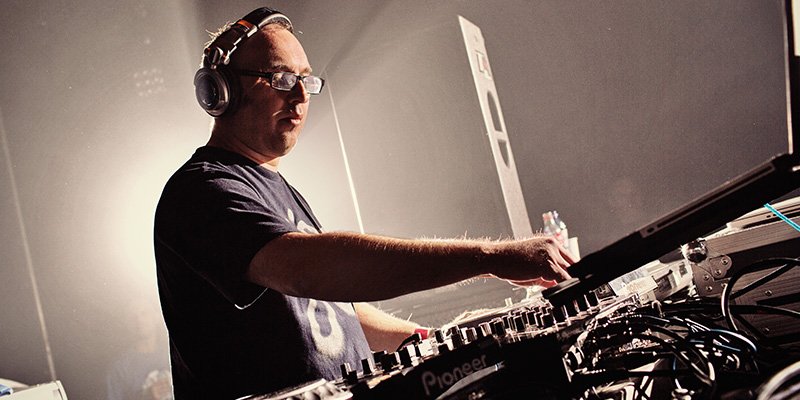 Duncan Busto’s entry into the music world began in the late 80s. Going to college in London, he could be found spending his spare time at the import stores stocking up on the latest hip hop twelves, an interest he shared with the resident college DJ who enticed him to make the move from music lover to music player.

Around the same time, acid house had hit London, and Duncan moved in with two old friends from Ipswich who were later to become seminal U.K. techno outfit, Ubik. It was sitting and watching them in action that fuelled the desire for producing his own music but it wasn’t until ’95, back in Ipswich, following a long list of Dj bookings that spanned many a major event in the area and some brief musical experimentation with the man now known as Klute, that he progressed to setting up his own basic studio.

His first break came when LTJ Bukem began playing “Mendacity” at Speed and on his Kiss FM Radio Show, which was snapped up by Timeless Recordings. His music also attracted the attention of Q. Project and Spinback aka Total Science, whom he had got to know through his other work as d&b reviewer firstly for Echoes, then major UK dance music monthly, Muzik.

“Open Spaces” was released on their C.I.A. imprint. Further well-received releases on Timeless were to follow, including “Chapter 2” and “Confusion” which received singles of the month in Mixmag and Jockey Slut but it was his collaborations with Digital for Metalheadz and Razors Edge that began causing major interest. ’99 finished well with the heavily played ‘Final Chapter’ also taking top slot in MIxmag.

Combining with Digital once again, the Phantom Audio label arose from the duo’s desire to have their own base where there was no set musical agenda. The debut release, “Phantom Force”, became one of the most played tracks of
’99/’00, closely followed by a watertight selection of successful releases as well as another anthem in ‘Remote Control’ for Timeless.

Phantom Audio continued its success over the years with a number of key releases, both solo and joint projects, with the duo also being called in for some major remix work, none more so than Shy FX & T. Powers massive hit ‘Shake Your Body’. Over the years, ‘Phantom Force’ has established itself as one of the all-time premiere d & b anthems. Years later and you can still hear it being dropped in sets from the likes of Andy C, Friction, Goldie and many more.

Spirit’s solo work continued with further releases for C.I.A, Renegade Hardware, Metalheadz, Klute’s Commercial Suicide and Marcus Intalex’ Revolve:r imprint as well as a host of remixes, including the Goldie classic ‘Sinister’. The long overdue debut album. ‘Puzzle Box’ was finally released on Inneractive in Spring 2005 to much acclaim and spawning the massive ‘Siren’ and ‘Calling Card’, picked by Goldie to appear on his ‘Classics’ Mix CD. The following year also saw the unleashing of yet another timeless anthem in ‘Redial’ on Metalheadz.

Spirit has continued to release for some of the scene’s most coveted and well-known labels including Friction’s Shogun Audio, Violence Recordings and Horizons Music, as well as further releases for Metalheadz, CIA and Renegade Hardware. Now firmly established as one of the world’s foremost drum and bass producers and having recently returned to the UK from 5 years in the USA, things have turned full circle.

2013 saw him team up with Digital for their first collaborations in over 10 years and the relaunch of Phantom Audio to much acclaim, followed by a host of releases over the last twelve months for the likes of Metalheadz, V Recordings, Doc Scott’s 31 Records, Warm Communications and Blu Mar Ten, as well as the relaunch of Inneractive.

The end of 2015 has seen him line up releases for Commercial Suicide, Rupture and another EP for Phantom Audio with more in the pipeline, including collaborations with some of the scene’s finest artists, old and new. Nearly 20 years since his debut and another chapter is in full swing…