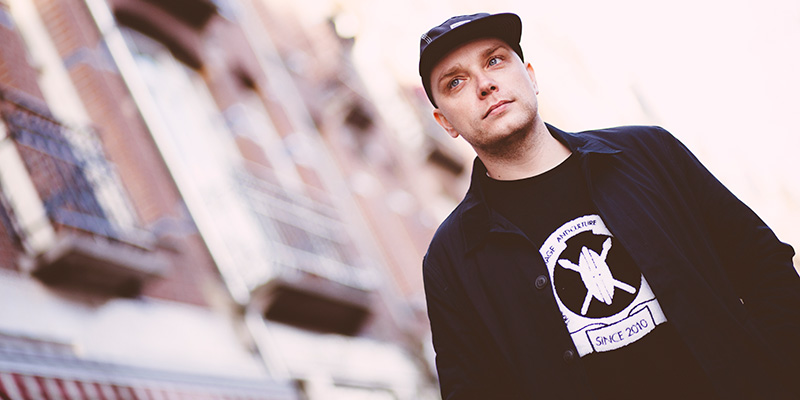 A true DJ at heart with many years’ experience under his belt, Nymfo has established himself as a strong presence in Drum & Bass with his fine-tuned skills in the studio and on the decks. Standout singles for Commercial Suicide, Metalheadz, Dispatch and RAM Records have made his name synonymous with tough, techno-tinged, dancefloor Drum & Bass.

Based in Amsterdam, Nymfo aka Bardo Camp is no newcomer to the scene having established himself as one of the genres most promising production talents. With a versatile and infectious style, his tracks have already won support from the likes of Goldie, Friction, DJ Hype, Black Sun Empire, Klute, Doc Scott, S.P.Y and many more.

His breakthrough came in 2007, with releases on Shogun Ltd, Renegade Hardware and Critical. Releases for Metalheadz, CIA, & 31 Records soon followed. Going from strength to strength Nymfo’s track ‘Franky Mountain’, alongside Icicle, then earned a prestigious Ram release on the ‘Dimensions 3’ EP. With a potent combination of powerful beats and hypnotic grooves two strong singles for Commercial Suicide and Critical Modulations set dancefloors ablaze worldwide, marking Nymfo as a name to remember.

As an accomplished DJ with a diverse selection, Nymfo has captivated crowds at festivals such as Lowlands, Outlook, Sun & Bass, Audioriver, and toured worldwide to destinations including Australia, New Zealand, North & South America and South Africa.