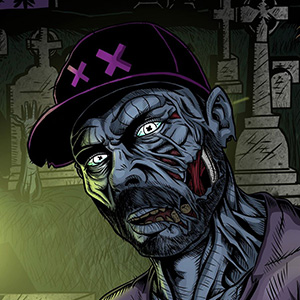 My name is Greg and I’m addicted to bass.

It started around 1997, when I heard the first drum and bass track in my life. I became a fanatic after the first dose. You know, it’s very addictive.

First, I was just partying and listening to tracks every day, but I felt like I needed more drum and bass to achieve the same effect as the first time. I decided to make some music for myself. It was cool for a while but my friends also became addicted and asked me to make more and more to feed their hunger for basslines. Then I realised, I had become a Producer and DJ.

Later in 2003 we made a deal with the DSCI4 godfather DJ Trace, who wanted to spread my product. I had to give my product a name: Mindscape.

In 2007 we had a big business collaboration with Chris.Su, Jade, Hydro and Ryme Tyme under the control of the Citrus gang but I got busted with a big amount of drum & bass. I remember this just as the “Black Lotus” incident.

People loved my stuff, so the business started to grow. I needed the help of my fellow bass addicted and music producing partners: SKC, Audio and Gridlock to name a few. I remixed and got remixed by some infamous criminal minds like Cause 4 Concern, Black Sun Empire, Break, Noisia, Zero Method, Dose and the list goes on. My product spread through dangerous cartels like Bad Taste, Eatbrain, P51 and other notorious gangs.

Recently I started working with the Commercial Suicide mob leader Klute. I made a substance for him called “Bounce” which became renowned immediately. Even the mighty Ram Recordings warlord Andy C used it for his mix CD “Nightlife Volume 5”.

Now you’re expecting me to say ok, I know I’m doing bad stuff, and I’ll try to quit. But no, I don’t stop, can’t stop and won’t stop, so the business is going on and on in 2016 and in the future!