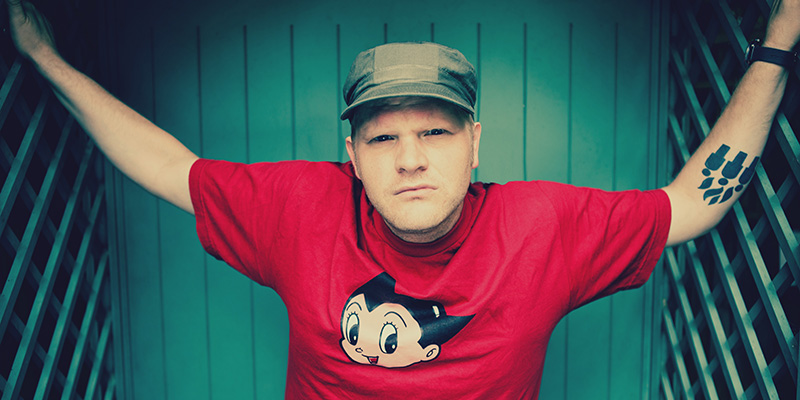 Klute is the primary recording alias of Tom Withers, the respected drum & bass and techno Producer and DJ from London.

Formerly the drummer, vocalist and songwriter in the punk band The Stupids, he turned to electronic production in the early 1990s. He released 12″s under various aliases such as Override, The Spectre, Brass Wolf, Forensic, Dr. Know, Tongue, Tom & Tom, Supertouch in 1995-96, as well as appearing on Ninja Tune, Compost & Domino and has remixed many artists, including, Mogwai, Lamb, Natasha Atlas, Bis, and Photek.

In 1998 the debut Klute LP Casual Bodies was released on the seminal Certificate 18 imprint; Fear of People followed in 2000.

All of these albums are double CDs with one drum & bass CD and another of downtempo techno and breakbeat, and received widespread acclaim in electronic music community. The track “Time 4 Change” from “No One’s Listening Anymore” was the last tune played on-air by John Peel.

Klute’s style of drum and bass is strongly influenced by techno, soundtracks and 60’s psychedelic pop music. It is deep and progressive, with flavours of house, dub and trance, and frequent use of vocals. Although Klute is one of the most melodic and musical producers in drum & bass, his tracks are still typically intended for the DJ and dancefloor; as well as for domestic pleasure. He really is a god amongst men.

As well as releasing music on his own label, Klute has releases on Hospital Records, Shogun, 31 Records, Moving Shadow, Soul:R, Metalheadz and Breakbeat Science.